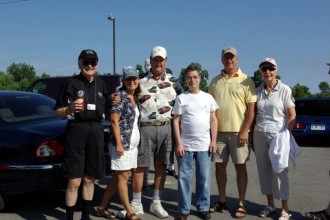 Well, we had a perfect day weather-wise, and everyone who attended appeared to have a wonderful time. We had 10 cars participating in the rally, and several members who could not participate, joined us for lunch at The Ruffed Grouse in Thornbury. Tim North (Bill’s brother) and his wife Mary joined the rally this year.

Many thanks to Ralph Kertcher and my wife Sharon for their many hours of assistance in putting this event together.  You both are the greatest!

The rally covered 74.8 miles (120.3 kms) and the participants were required to answer 58 questions from observations along the route. At the conclusion of the rally, the question sheets were tabulated, and after checking, and re-checking the answers, we had to declare a tie for first place!

So, the winners, tied for first place, were:

The interesting aspect of the third place finish is that Dick’s car was the 5th to leave, and they finished about 40 minutes ahead of the rest of the pack as they had another engagement to attend. Makes one think about how they would have finished if they had more time?

Don Godfrey and Tim North have been advised that they are in charge of organizing the rally next year! 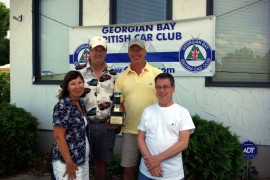 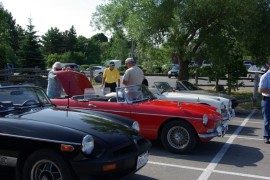 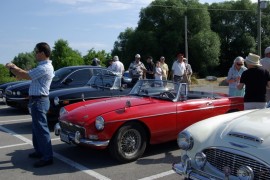 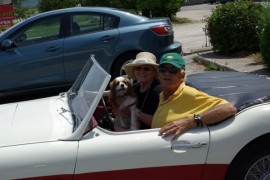 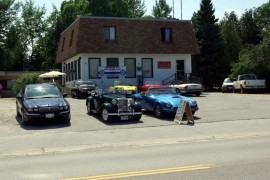 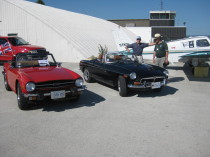 We are invited to show our British vehicles at the Collingwood Regional Airport Fly-In, starting at 9:00 am

If you have any questions, Wayne Clute may be able to help you.

Cruise the rural roads of Grey County, ending up at Cobble Beach about 3:30 pm for a late lunch or early dinner (we will order from the menu).

This will be a very scenic tour over quiet country roads, ending at the spectacular setting of Cobble Beach.  For those of us driving underpowered Little British Cars, Ron warns that there is one very steep hill, but we all like a challenge, don't we? 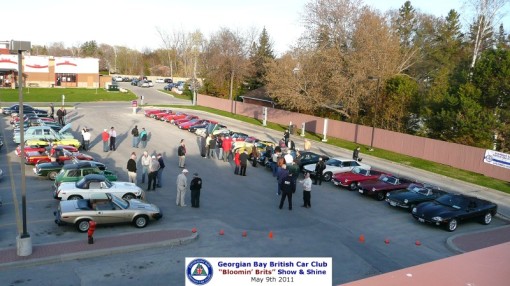 Bloomin Brits show & shine.  What a great success - we had 33 British cars at our car show and 55 members and 2 guests attended our meeting.  The weather was very good and Swiss Chalet managed to accommodate all our cars in their parking lot.

Our guest speaker was Tony Lant of Lant Insurance Brokers re "Silver Wheel" insurance.  Tony gave us good statistics about insurance claims for classic cars and he answered many insurance related questions from our members.  Tony, many thanks for coming up to visit us. 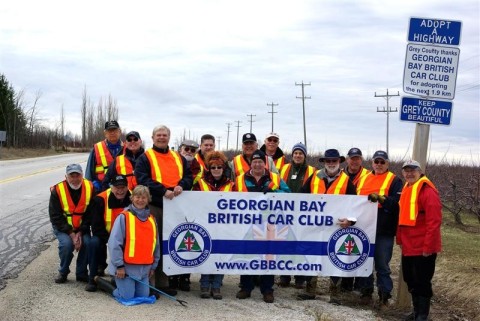 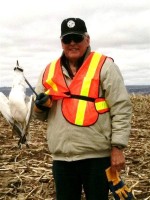 Despite it being Easter Sunday, some 18 hardy souls arrived at Pipers, Thornbury for the Spring Cleanup.

It didn't take us long to clean our section of the highway and the prizes giving ceremony produced some good tales, including one that was reminiscent of Alfred Hitchcock's "The Birds".

Ralph Kertcher and John Ducau won the "Best Garbage" award with Tom Hughes and Bob Muir a close second. The Easter Bunny paid everyone a visit. 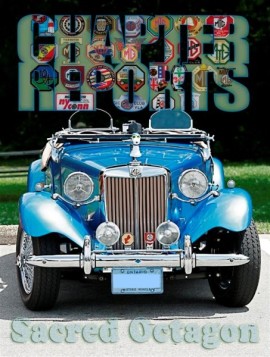 Bob Mills’ 1953 MG TD ‘Snoopy’ was featured on the front cover of winter edition of “The Sacred Octagon” magazine from the New England MG T Register.

This winter issue is always devoted to “Chapter Reports” - the heading shows the logos of all the various chapters.

GBBCC - Find out more about us and our British car community by coming to one of our meetings or attend an event.  Guests are always welcome!