The Georgian Bay British Car Club (GBBCC) was founded on February 13th 2006 at the Admiral’s Post pub in Collingwood - see original invitation below.

To celebrate our 10th anniversary, some 60 members gathered upstairs at The Huron Club on Monday evening, February 8th 2016,  Andy Hims (acting President) with the assistance of Eric Taylor (Secretary) quickly conducted the AGM and the new Executive for 2016 was elected by the members.

Following the AGM, the GBBCC members stayed for an enjoyable social event.  Mark Hord interviewed various members who told stories from the past.  Included in our guests was Stephen MacIntosh, who designed the club’s logo. 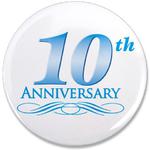 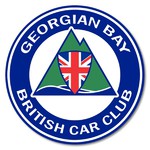 Invitation to start a British car club in February 2006