How Morgans are Made - Video

A behind the scenes look at how Morgan cars are made from the craftsmen themselves.  This video follows each stage of the process from the wooden frame construction right through to the final quality checks.  See on the video, how traditional techniques have been passed down through the generations and have been adapted with modern technology to manufacture this unmistakable British icon.

Morgan cars have been hand crafted on the Pickersleigh Road site in Malvern, Worcestershire for over 100 years.   www.morgan-motor.co.uk 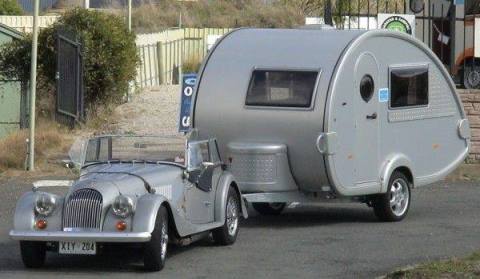 Morgan with matching caraven in Britain

The Morgan Motor Company located in Britain doesn’t change in a changing world. Not only is it still independent, but it also makes each car by hand.  A base model is about $44,000, with some cars costing up to $300,000.  People wait for over a year to get their exclusive hand-built cars with the shell made out of metal and much of the vehicle made out of wood.   Working on the wood interior, workers use metal shears to individually shape a hood because each car has to be different.

Every year Morgan produces about 600 cars. The company will celebrate its 100th anniversary in 2011. It has a long and interesting history, and is still run by the same family: the Morgans.  Founded by Henry Frederick Stanley Morgan known as “HFS”, it was then run by his son Peter, and is now run by Charles, the son of Peter Morgan.

In Memory of Don Martin 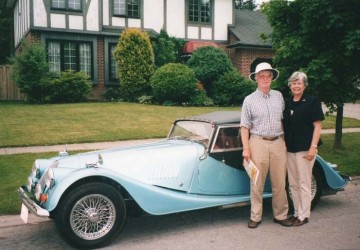 Graeme  visited the UK in July 2011 and spent a week in Cornwall. He sought out and paid a visit to a local Morgan dealership, Perranwell Garage.   Two brand new Morgans and two used ones for sale, plus five customer vehicles for service and other work. 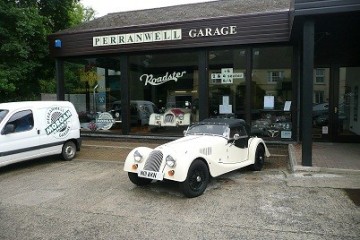 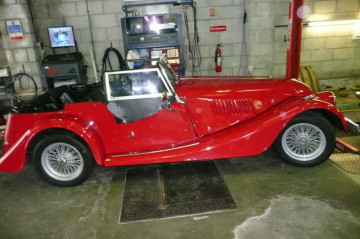 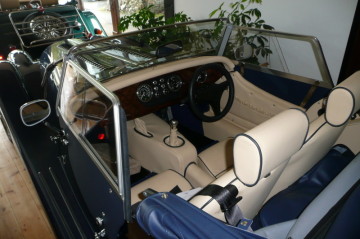 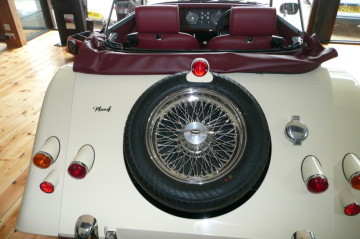 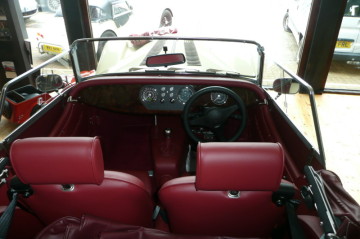 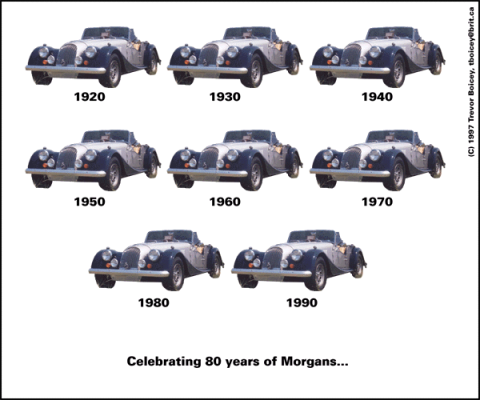