My first British car was a red 1959 Austin Mini.  850cc’s of pure fun.  A wonderfully economical bit of transportation to, along with the joy of the ride, take me to my summer job and back in the summer of ’62.  Bought it in April and sold it in September – along with a new $300 paint job.  Profitably, of course.

It was a devil to start and I had to try to park it on a hill so I could roll it towards the bottom and jump the clutch.  In August 1970, it was hit from behind on the eastbound 401 between Yonge and Bayview when I ran through a pool of water from a downpour, soaking the electrics.  Everything died.  I was stopped on the shoulder when a vehicle behind me lost control on the slick road surface and hit the driver’s side rear quarter.

Luckily that’s where the spare was stored in the trunk and the tire absorbed much of the impact.  The unlamented Cortina went for scrap.

My first British car was a new 1962 Austin Mini with fog and spot lights mounted high in the front of the vehicle (a motoring law back then).

Note the MG Car Club badge on the grill. 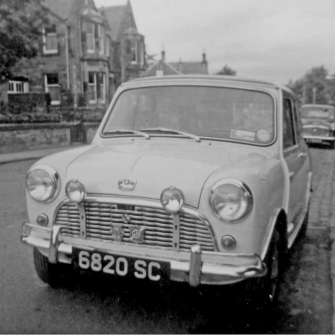 This is the four seater version of the famous (to some) Singer Le Man race car. The Le Man car was a two seater with a slab petrol tank instead of the occasional two rear seats of the Sports model. No one could sit upright in the rear seats if the top was up! They both shared the 9 Horse Power overhead Cam engine with twin carbs and, wait for it, four hydraulic brakes! It had a four speed crash gear box (you had to double de-clutch to change gear, or, go straight through using no clutch at all (if you got the correct revs right) ! 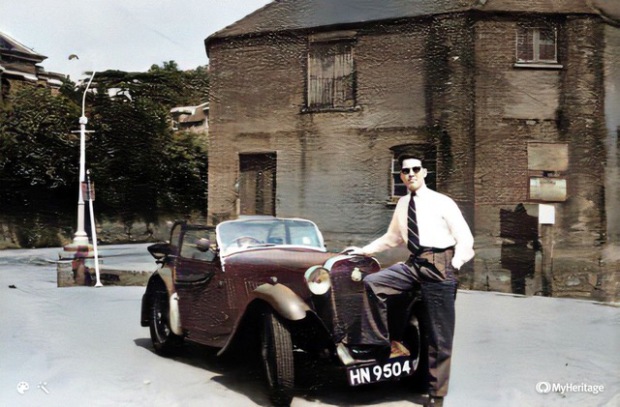 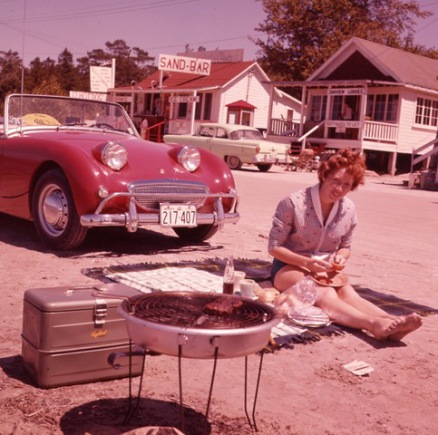